Afternoon at the zoo

Today I was a little down. I decided to go and see the polar bears in the zoo to cheer myself up. So I went there... just to see they're all gone by now. D: Their bawn is about to be renovated and therefore one bear after another was sent off to some zoos in Germany. Now it completely closed down  and the new "Franz Josefs Land" will be opened in 2014.

I was really disappointed at first, but then I had fun anyway. It was the first time I went to the zoo on my very own, ever. With some music and my sketchbook I found it quite enjoyable. :)

I've been going to zoos to draw several times in summer and it was always fun. This time I had some difficulties getting into it. I felt like all the animals were more twitchy than ever. So I tried to capture at least their silhouettes. I filled three pages of my sketchbook with little sketches. Here are just two excerpts (fotographed with my phone, so sorry for the poor quality). I might flesh out some of my scribbles later. ^^ 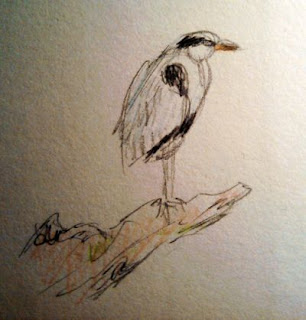 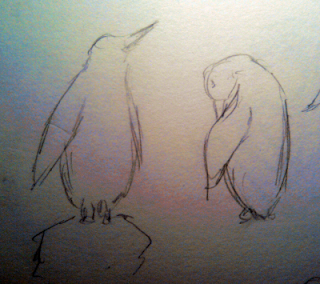 Drawing animals really is a good excercise to loosen up a bit. I tend to be too rigid, but as your object moves, you're forced to draw quick, loose lines. I should make use of my annual zoo ticket more often. :D

I bought an artbook by Margit König at the shop. She's my heroine *_* Margit König has somewhat specialised on drawing zoo animals. Despite her objects being moving, she really manages to capture their image. You should take a look on her watercolour pictures, they are amazing!

On my way home I also bought another Copic wallet. My other one's full and I kept the rest of the markers in a plastic box. Now they are all well arranged and I quickly find the colours I need. :)

Email ThisBlogThis!Share to TwitterShare to FacebookShare to Pinterest
Labels: sketchbook