Hey there, how are you guys? :)
Wow, it's been soo long since my last entry.

Ah yes, the 30 Days Drawing Challenge. Well, I failed... :'D I started shortly after I handed in my Bachelor thesis, so I would have had time for it; but then I just needed to be un-productive after all that work for a while. I scribbled a few times, but mostly I was playing Skyrim. For many, many hours a day. When I see plants and berries while walking my dogs in the forest, I want to harvest them to brew potions and train my alchemy skills. It's kind of strange, being back in the real world now. :D

I haven't received my certificate yet (it's taking about two months >_>), but practically I'm done with my studies now! Got an A on my thesis, yay!

And now I'm getting back to drawing. My friend encouraged me to attend this blog again, so here I am! :) (You're getting that poppy-drawing in return, Julia, I promise! ♥)

I browsed through all my art stuff and found some unfinished sketches. There were some I liked and I figured that reprocessing them might be a good way to get into practice again: 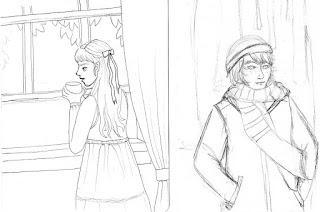 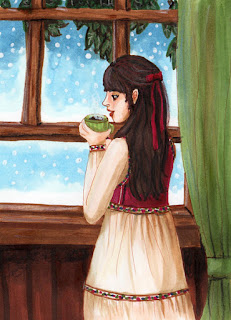 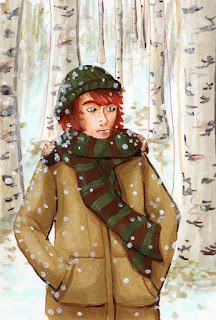 I'm not all too content with them, but hey, I drew something again! :D Also, I finally used the light box my Mum gave me for my Birthday in November! I love it, it's so convenient!

Furthermore, I found some drawing I totally screwed and just stuffed into some map in my frustration. Back then I had just refilled some of my copics for the first time. I probably took too much ink and voila - it dropped right on the picture! What you see below is actually a collage. I cut out the parts that were ok, glued them to a new sheet of paper and re-drew the screwed ones. xD 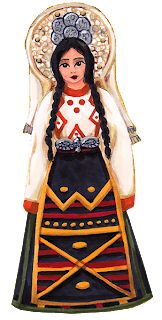 I really wanted to put this one right because it's the first of a series I plan to do. When my grandma moved into a flat last year we cleared up her old house and I found my dead grandpa's collection of dolls from around the world. He bought them on his journeys to various countries. We gave the biggest part to some collector, but I could not part with some I still remembered from my childhood. I'm planning to draw them all, because I actually don't want to keep every single one. But that way I'd have some keepsake that takes less place instead.  I'm going to show you the other ones, too. Some are really beautiful! :) 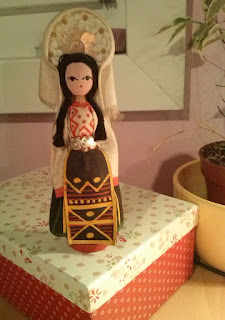 There are some other things I've been working on recently, but I'll save that for my next post. :D

Oh and one more thing! I've given up on photography a long time ago, but the other day I came across Instagram and now I have fun posting little snapshots now and then. There's my page! Are any of you using Instagram as well? Let me follow you! ♥