Hello dear readers! ^_^
Did you have a nice Easter holiday? What did you do?
I spent mine in Germany and had a great time! Would you like to see some photos next time? :)

I'm preparing the tutorial about different marker papers. You can still send me questions so I will include my answers in that post, or suggest a topic for another tutorial!

Before I went to Germany, I had a long due meet up with Verena! More than two years ago (O_O), my friends Verena, Steve and me decided to do a "triple arttrade": everyone would produce two pictures - one for each person - and therefore get two in return. We wanted to hand them over personally and promised not to upload them somewhere in advance to keep them a surprise.
I think all of us were done with our drawings quite soon, actually. But we just never managed to meet up all together! :( We were living in different places (at first) and everyone was busy at times. After all that time, Verena and me decided to finally swap at least our pictures and spent a really nice evening together at her place! :D

Back when we were setting our trade conditions, Verena told me she got inspired by this photo of me and that her drawing would somewhat refer to it: 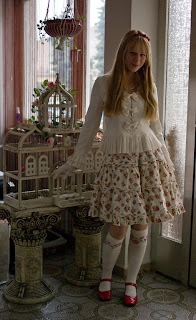 Still remembering that, I was really curious about her drawing! But before she gave me the actual picture, I got these as hints: (just a mobile pic, sorry!)

Buttonnnss!! Verena's got a button machine and she made me these! :D
Well, the ones with the girl did seem a little familiar, and that bird cage, too.. but I really didn't know what to make of those wild cats. xD Until she gave me the real thing! 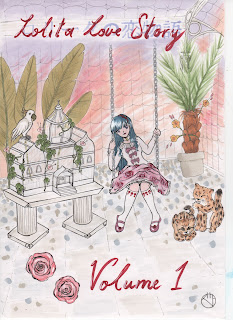 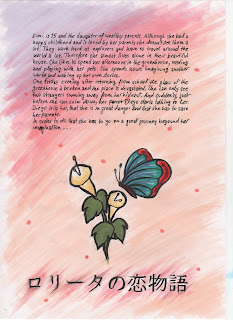 A fake Manga cover! Aaaand a back page, too! She even thought up some story to it! I was blown away! She put so much effort in her part of the trade! Once again, thank you soo much, Verena! I love it! What a pity it's just a fake Manga. I would totally read it! :D

Well, and here's what I did for her! At that time she was already working on her Bachelor paper for University and I wanted to encourage her somehow. I also know she's into Science Fiction and robots! So I drew her together with some robot assistant for her laboratory work. 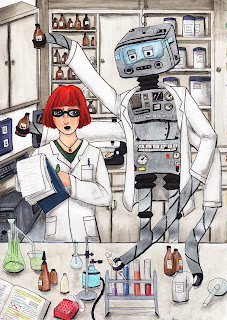 Keep in mind that this picture is more than two years old! Don't ask me where the light source would be. I. don't. know! The part below is about one week younger than the rest. I really screwed up there and so I drew that desk in the front again on a new paper and glued it into the original picture, haha...
I would have done a lot of things differently now, but I still like it a lot. And I think this is one of the first pictures - if not the first - I coloured with that mix of copics and pastells that has become my default mode. :)
What do you think about it?

By the way, I'm always open for arttrades! If you would like to do an arttrade with me, just tell me!