Hi everyone!
So I finally get to write something about the Innocent World Tea Party, it's been more than a week after all.
I didn't really take pictures myself, but fortunately there were several event photographers.

Well, first of all: it was awesome! I was so stunned by all the beautiful girls, the pretty location and the atmosphere! Look at this group picture, I think then you'll know what I mean: :)


My friend Lisa invited me to her place, as she's living close to the location. :) When I arrived there, I just dropped my bags and we already started dressing up. We chatted a lot, because we haven't seen each other in a while, and then somehow forgot about the time! I got a VIP ticket, so I could have been there earlier for some champagne reception, but being about 20 minutes late, I unfortunately missed that. ^^'

So this is what I looked like. I wore one of my favourite Innocent World dresses, "Versailles Rose". :> 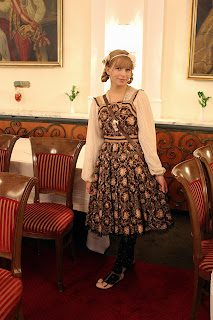 At the entrance I was given a goodie bag and I was told to run for the shopping stalls, because apparently the other VIPs had emptied them already, but that didn't work out either. xD On my way there I met so many people I wanted to see and got involved in various conversations. I was so happy to meet again old friends, and to finally see some people for real that I only knew from the internet! I was just a little stressful, I guess everyone was still somewhat nervous^^. Then it was time for the regular entrance and I met Lisa again. And shortly after that the first program item, the fashion show, started. Someone filmed it, in case you want to see:


I think the models for the outfits were perfectly chosen, every girl wore something that suited her style!
After the fashion show Lisa and I finally made it to the shopping area. I only bought a pair of socks by Innocent World (the brown and pink ones), because the one dress I would have wanted was sold out already, but I found some really nice things at various indie brand stalls. :) 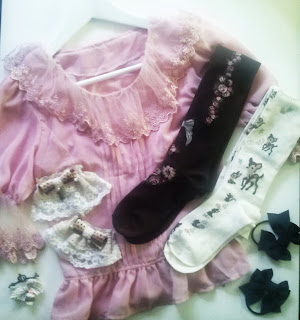 The Innocent World hair bows and ivory deer socks on the right were in my goodie bag. :) Or actually, the deer socks were in Lisa's bag, but we swapped. ♥ I love them, they also feature little squirrels and bunnies! Also, both of us bought a dress by the Polish label Lady Sloth. I got this one: 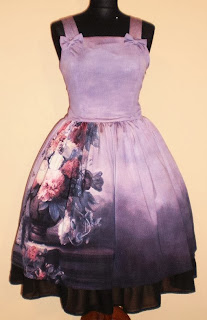 I had already seen it on their website and fell in love, so when I saw it at their stall I had to take it. Purple! And a flower still life! ♥ (And still, all of these items together didn't cost half of the Innocent World dress I originally wanted, so I think it's alright xD)

In the meantime I had some tasty sandwiches and Kaiserschmarren from the buffet and chatted some more with the other girls. The Austrian Band Lolita Komplex then had a great little acoustic gig, and later there was a Question and Answer with Innocent World's designer Yumi Fujiwara. Some of the things she said really inspired me. She told us about the difficulties when she got started as a designer, but also about her personal motivation and future plans. I'm not a designer, but in a way every artist encounters similar problems, I guess. :)

Generally, the whole atmosphere was so inspiring! Once, Lea from the organisation team came over and asked me if I got a little time, because she wanted to introduce me to another artist. It felt a little like being in one of these Victorian clubs of 1900, wearing frilly dresses, having conversations on art and philosophy and establishing ties with others, haha. :D So I met Sysa, who is an art student from Bratislava and another friend of hers, and we plan to meet up again in Vienna to visit an exhibition together. ^_^

Here are some more pictures (all by Michael Erbe again): 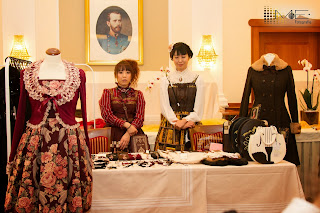 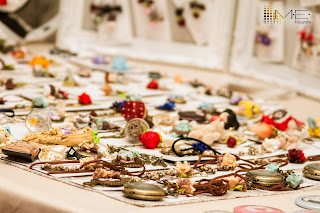 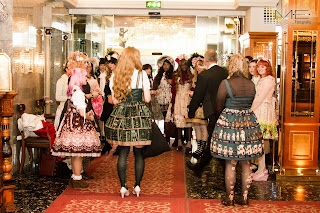 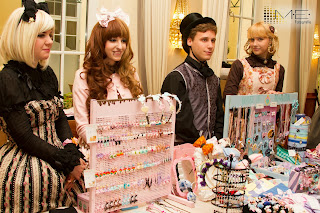 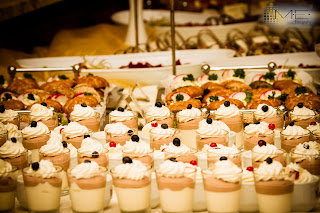 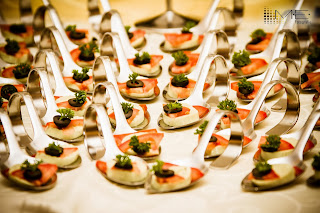 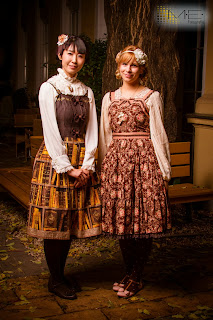 Yumi Fujiwara and me!

Well, and now I can finally show you the bookmarks I made to be prices for the contests/raffle.  I hope the winners like them :) I really had fun drawing these. 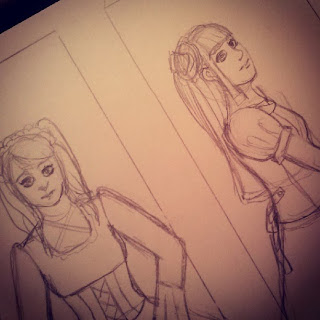 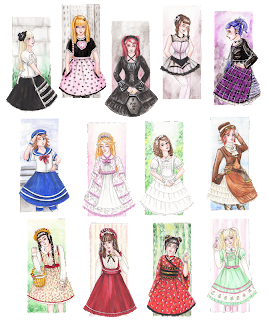 I won something in the raffle myself: a reeeaaally huge flower hairband and some accessories. The hairband was a little too big for my taste, and Nana, who was sitting next to me, happened to win back her own donation! So we swapped, too, and I got this Atelier Pierrot top from her. It looks like one of my granny's old tea towels, I love it xD 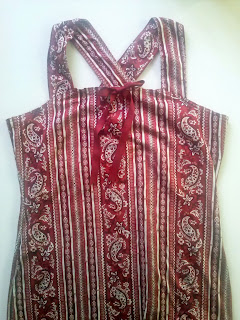 Time went by way too fast and soon we all had to leave. I wish I had more time to talk with everyone. :( Especially all the German girls I only know from the internet.

I went home with Lisa, who made a delicious vegan rice dish with mushrooms and vegetables, onomnom :D We had some tea and browsed through our loot and goodie bags. And then it was time to leave for the After Show Party. I danced to almost every song, I had soo much fun! When it was about 4 in the morning, there were only a few of us left. But I didn't want to go home! xD So three of my friends were crazy enough to go to some other club with me where we danced until they threw us out. I got home at about 8 am, really tired but happy! 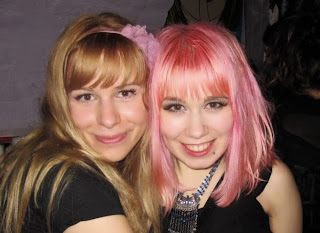 With Lisa in da club (that was towards the end already^^)! Photo by Lea.

On the next day there was a meet-up organised by the German lolita group at Schönbrunn, but I was way too tired to go anywhere before noon^^'. Instead I met up with some others for the shooting of the new Lolita Komplex music video a littlle later that day. I won't give away any details now, when it's going to be released I'll just put a link here instead. But I felt like all I did that weekend was dancing. ;D
There I also made some new friends! Like a really nice couple from Croatia, who was also attending the Tea Party the day before. They only had a room in Vienna until Sunday, but would have loved to stay another day to do some sight seeing. So I organised that they could stay at my brother's flat (because unfortunately my own new flat is really, really small). I wish we could have talked more, because we seemed to have a lot in common, but we got each others contact data and already exchanged messages. Miyu is having her own fashion label, and we chatted about our University studies, books, being creative,... she's such a cool person!

So all in all, it was a fantastic weekend! I'm happy for the organisation team that everything went smoothly. (Being friends with them I noticed how stressed they were^^'). I enjoyed every minute and I'm grateful that could spend time with so many nice people! I hope I get to visit an event like that again sometime. ♥
Thanks everyone!