[I'm busy packing my stuff for Salzburg, as I'm leaving tomorrow morning. But because I don't know about how things will be where I stay yet (internet access, scanner...), I thought I should write another blog post now to catch up. More catching up posts and some news about my first days in Salzburg to come soon.^^]

A little late, but here's what I did at All Hallows' Eve this year. ;)

My brother Karl came for a surprise visit! He's always busy touring with his band and everything, so I was really happy we saw each other again. We reaaally resemble each other, don't we? ;) 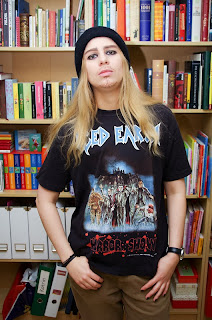 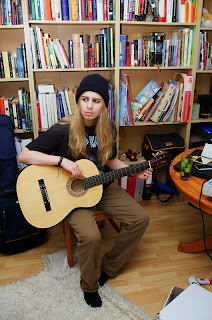 During the afternoon, I was drawing that Dark Link Picture I already showed you, because I wanted to submit it to some Zelda fanclub's contest at Deviantart. 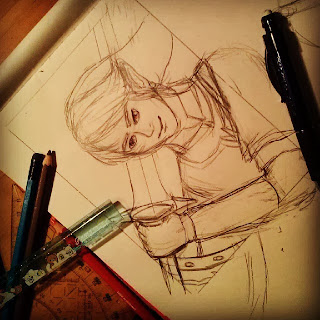 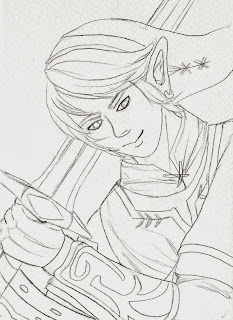 I was then losing interest in finishin it though, so I handed it over to Karl for colouring, and he finished this piece for me. (Yeah, he's drawing, too.^^) 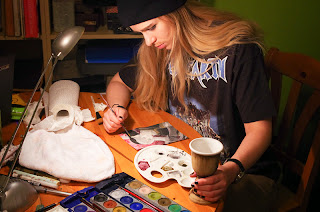 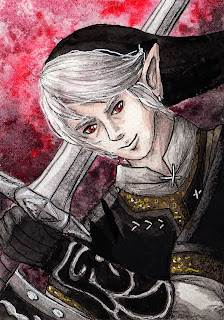 In the evening, we were invited to a little party of writers. Have you ever heard of NaNoWriMo? It's an international challenge to write a 50k novel from the 1st to the 30th of November. Sadly, I wasn't feeling well, so Karl went there on his own. So there were drinks and snacks and at midnight, everyone started writing. Well, everyone but Karl, because the both of us were invited to draw along.

Here's a little glimpse of Karl's sketchbook pages from that evening. 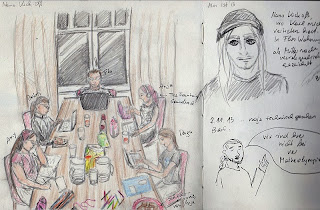 On the next morning, we unfortunately had to take Karl to the airport already because he had to play a gig that evening. And my boyfriend and me went on a hiking tour for some days. But now that Karl also got to know some of my friends here, he'll definitely come again. ;D (I think he was especially popular with my female friends, haha...)

My boyfriend also took some pics of him and me together, but they have yet to be shopped transferred to my computer. :D

Good night! Next post will be written from Salzburg!
Katrin ♥