When I started my education at the library in Salzburg, the first person I became friends with was Lena. :) She has a similar taste in books and music, and generally I think we just get along well!. Quite soon after we met she asked me to join her when she went to see Catching Fire. I happily agreed! I hadn't seen the first movie, but I did read the Hunger Games book series a while ago, and I was really happy to connect with other people, still being new in town. When we were talking about art, she said that she used to draw as well once, but now she hadn't done anything in a while. Talking about it somehow made her want to try it again though. :D So I offered an art trade, and because we were just watching the movie, and I know that she's a big fan, I suggested that we'd draw something referring to the Hunger Games.

That was a while ago, but due to some circumstances, we swapped our pictures today. She took a photo of both with her phone: 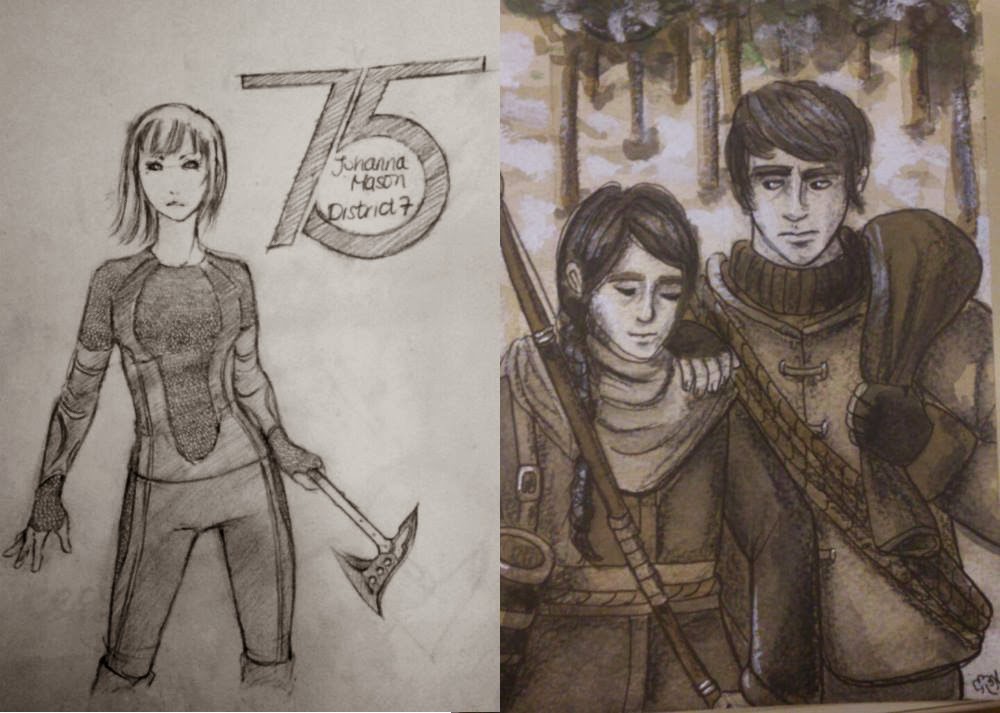 So I got Johanna from her, and she got Katniss and Gale from me! Lena told me that this is actually her first real piece in years, so I feel really honoured she drew it for me! ♥ When I had a break from drawing for some years, my next tries didn't look as neat as that. ^^' Apparently she had fun drawing; we already set the topic for our next trade. :D Disney's Frozen!

Here's the proper scan of my picture. I experimentalized a little with the brushes.^^' But I guess it looks ok. Watercolours and ink. 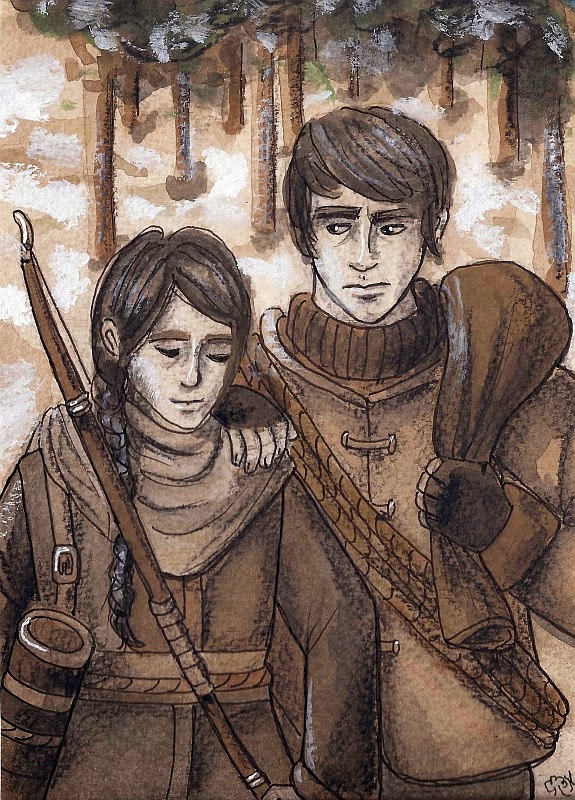 And now I should go to bed. Why is it that late again? Argh :D