it's the middle of the night (in Sweden at least). Here, have a blog update! :D

I got another art trade done, so now there is only one left on my list (from two years ago, haha..). Feels so good to finally strike these off!

This one is reaaally old, too. So my colleague from my literature studies in Vienna, Delara, and me had read the first two Twilight books when they announced the actors for a coming movie. I looked it up, the movie came 2008, so this was probably in 2007?

At this point I'd like to shortly explain my view on the Twilight-universe, if I may. :P I read all the books. I liked the first two, I admit it. ;) I wouldn't objectively rate them as good literature, but I am a sucker for cheesy romantasy. My guilty pleasure in general. I enjoyed them... However I think the third book was significally worse then the others, and the fourth... let's just forget it exists. I just wanted to know how it all would end. I haven't seen all of the films until recently (Anja and I were testing different kinds of ciders while watching, it was a looot of fun) and they aren't my cup of tea either. (Also, ever since I saw this I can't help laughing when I hear any of the main character's names!)

Well back then, Delara and me both agreed that we didn't like the actors, judging from their pictures. We were especially disappointed by our favourite characters. In her case, Edward, and in mine, Jacob. ;) And so we decided on an art trade, in which we would draw the others favourite, but like we imagined them when reading the books! I got her Jacob sketch very soon, but unfortunately I don't have a scan, and the original is back in Vienna. >_> And ... I totally forgot about ever doing my part.^^' Shame on me!

I was practising in my sketchbook, when I noticed that the boy I doodled looked kind of like I had imagined Edward, and then I suddenly remembered this art art trade and continued drawing him according after my idea of what he looks like to make this my art trade piece.. 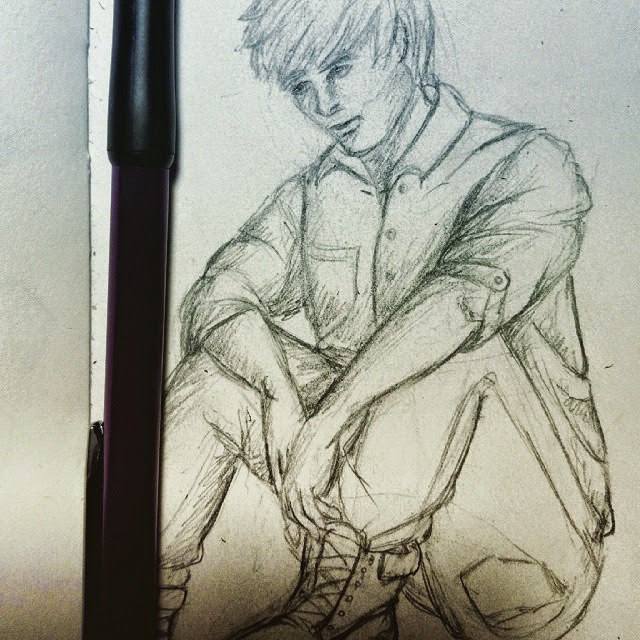 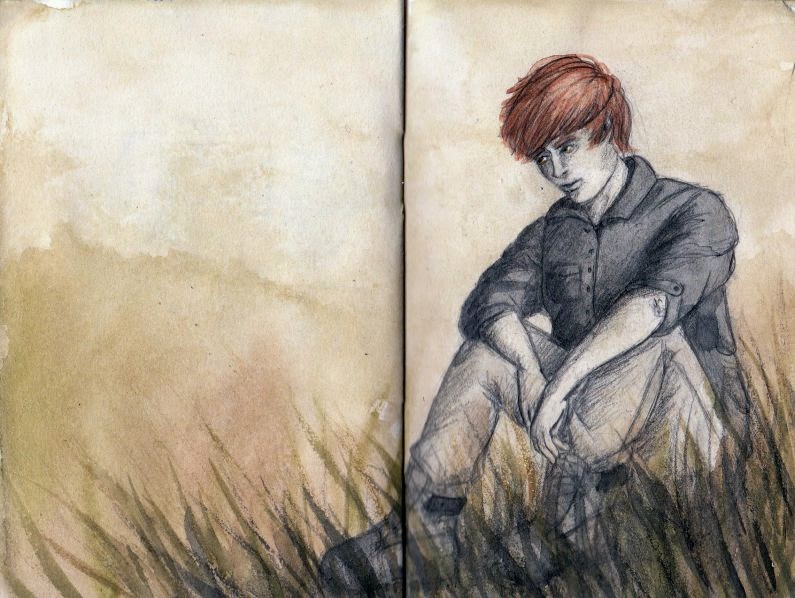 If I remember correctly, he actually has red hair in the books? Otherwise I guess the movie-Edward also had it's influence on my vision now, but well. I hope Delara will like it.

And another art trade is done, yaaaay! One old trade left, but this is going to be fun! A Mumin illustration! <3

Now then, until next time!